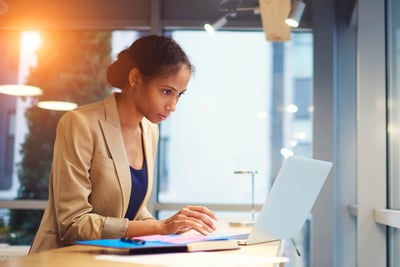 Medical writing can be a lucrative, rewarding career, but it takes a commitment to understanding grammar and stylistic guidelines. A solid grasp of grammar, punctuation, and medical word usage is required. Some errors are common among new medical writers and even among some experienced medical communicators. A good place to begin fortifying your writing foundation and preventing these errors is a medical style guide.

A Universal Resource for Medical Style

One key resource is the American Medical Association (AMA) Manual of Style, described as the “must‑have guide for anyone involved in medical and scientific publishing.” Education focused on the 11th edition, which was published in 2020, drew unprecedented numbers of participants in AMWA Medical Writing & Communication Conference sessions and in an AMWA webinar. Every medical communicator must know the latest details of standard scientific style because not keeping up can be a step back. This style guide is critical to success in the medical writing field, and AMWA members can access it with a special discount.

For example, if you follow the crowd and write healthcare as one word, you will be identified as a writer or editor who is unfamiliar with AMA style, which adheres to this term as 2 words (health care). It’s important to keep up with evolving style, especially if you are a medical editor or are considering a career in medical editing.

There are a few medical style mistakes that are common to beginning medical communicators. Sharpen your skills by recognizing, correcting, and eventually preventing these errors.

Modifiers clarify or give additional information about a concept in the sentence. Dangling modifiers make the sentence more ambiguous because of incorrect placement.

You can interpret this in more than one way because it is not clear whom Dr. Taylor treated. Did he use antidepressants to treat patients in general? Or did he treat only the ones already using antidepressants?

When a misplaced modifier appears at the beginning of a sentence, it is a dangling modifier because it does not modify the first noun in the sentence. For example, Using a #5 blade, an incision is made in the abdomen. In this sentence, the opening clause does not modify the first noun (incision). One possible solution is to assign a subject to the modifier, as in Using a #5 blade, the surgeon made an incision in the abdomen.

Nonparallel construction is very common in medical writing. Consider this example: There was a long delay between the development of the assay and when it started to be used in clinical practice.

In this sentence, “development of the assay” and “when it started to be used in clinical practice” are different structures. Here we fix the error: There was a long delay between when the assay was developed and when it was used in clinical practice. This common mistake is prevalent in bulleted lists as well as in sentences. When crafting lists, make sure to structure each bulleted item in the same way as the others.

Faulty comparisons are a common type of nonparallel construction.

A simple example: The progression‑free survival in group 1 was greater than group 2.

A more complex example: Outcomes with chemotherapy for lymphoma are similar to diffuse lymphoma in other sites.

Here is the corrected sentence: Outcomes with chemotherapy for lymphoma are similar to those for diffuse lymphoma in other sites.

This error is common in a wide variety of forms. Medical writing can be complicated, but it should not be unnecessarily wordy.

Consider this example: The rash on his skin is red in color and rough in texture.

“In color” and “in texture” are redundant. Any reader knows that red is a color and rough is a texture. Many beginning medical writers also miss that “on his skin” is also redundant—where else would a rash be?

Redundancy abounds in writing in general and in medical writing specifically. Watch out for phrases such as “combine together,” “advance planning,” and “general consensus.”

Lack of agreement between noun and pronoun

Agreement between a noun and its pronoun is a basic grammatical principle, but many factors can complicate the issue. One common error is disagreement between a pronoun and the noun when the latter is a company or client.

Consider this example: The pharmaceutical company has been successful in sharing information with their stakeholders. “Company” is singular, so it calls for a singular pronoun. The corrected sentence should include “its stakeholders” instead of “their stakeholders.”

Every medical writer has different strengths and weaknesses. If you are new to the field of medical communication, take an inventory of what you know and don’t know, especially with regard to grammar, punctuation, and usage. Mastery of these topics is a crucial first step toward becoming a successful medical writer.